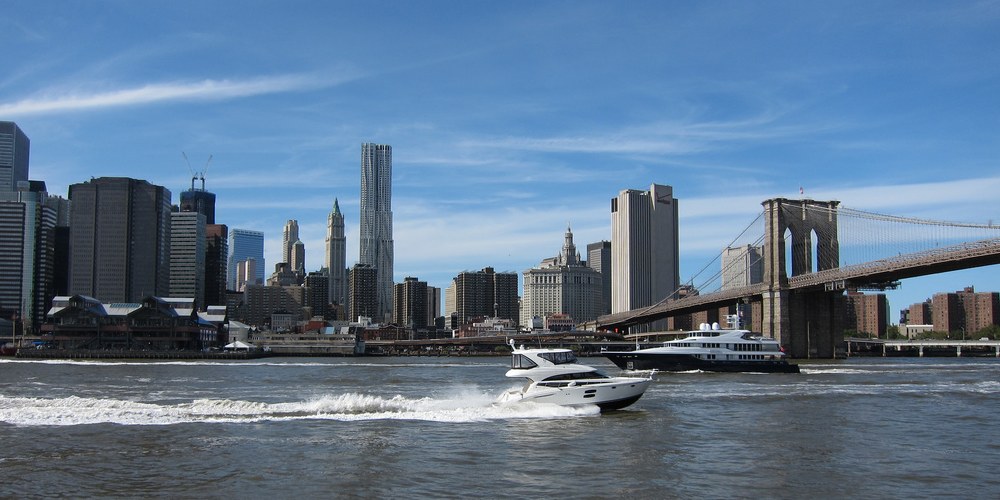 For the first of your five days in New York, grab a coffee and a bagel and start at the same point as all the city’s immigrants – at Battery Park on the very southern tip of Manhattan. As you gaze out over New York Harbour look out for James Watson House, Castle Clinton and Fritz Koenig’s The Sphere, which once stood at the centre of the World Trade Center Plaza and survived the 2011 attack. Sign up for Bike and Roll – half day bike rental (Battery Park) – and spend the morning exploring on two wheels. Book some tickets to cruise out to the Statue of Liberty and Ellis Island to see the Wall of Honor and climb to the top of Liberty’s crown for some once in a lifetime views of the city. Once you’re back on dry land take the subway to Canal Street and head to the iconic Balthazar in Soho for a fabulous seafood platter.

In the afternoon, explore Soho – once the stomping ground of Andy Warhol and the legendary New York loft communities – and look out for the cast-iron architecture, as this part of the city has the greatest collection in the world. Soho has around 50 art galleries left so spend an hour or so exploring Martin Lawrence Galleries, Terrain Gallery, Franklin Bowles Gallery, and Pop International Gallery and then sample some of the unique mix of shopping for which the area is also now famous. In the evening head to one of Tribeca’s excellent wine bars like Terroir Tribeca and people watch for the neighbourhood’s rich and famous residents, before heading to Tribeca Grill to dine on wild octopus salad and gaze at the paintings produced by Robert de Niro’s dad.

If you haven’t yet had your fill of New York’s bustling art scene then take the subway to Chelsea on Day 2, which is where most of the city’s major galleries moved in the mid 1990s. Stop off for a brunch of baked eggs over duck and Swiss chard at Cookshop before spending the morning browsing famous art locations like Gagosian Gallery and Pace Wildenstein and exploring the smaller spaces for exciting finds. Take a walk along Cushman Row to see what Chelsea looked like in the 19th Century and then head for the legendary Hotel Chelsea on West 23rd Street, which has been home to numerous creative types including Joni Mitchell, Bob Dylan, Dylan Thomas, Arthur Miller, Leonard Cohen and Rufus Wainwright – there are tours once a month for $40. After Hotel Chelsea, head south on Seventh Avenue and east on West 14th street into the Meatpacking District.

Stop for lunch at the Old Homestead Steakhouse, one of the best old-school Meatpacking District steakhouses, and dine on a Gotham rib steak, buttermilk onion rings and garlic mashed potatoes. After lunch, shop until you drop at the likes of Alexander McQueen and Stella McCartney, or head down West 13th Street and West 4th Street to the Bohemian West Village and wander the historic cobbled streets lined with iconic Brownstones. Look out for the Jefferson Market Courthouse where Mae West was once held, as well as film locations from the Pink Panther (Abingdon Square) and Sex & The City (Perry Street). Head to local gastropub The Spotted Pig for chicken livers on toast and mountains of fries. 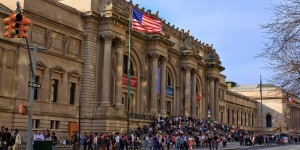 At the start of Day 3 make for the Upper East Side for some Popeye Eggs for breakfast at Sarabeth’s and then make your way to Museum Mile at Fifth Avenue from 82nd to 104th Streets. Here you will find many of the city’s most fascinating museums all in one place, including the Metropolitan Museum of Art, the Guggenheim, the National Design Museum and the Museum of the City of New York, as well as many others in the vicinity including the Whitney Museum of American Art (general admission $20). If you need a break from all that culture then head for Madison Avenue and stop off at Barneys before making a beeline for the Lexington Candy Shop, a classic American luncheonette for a burger and a malt.

In the afternoon head up to the north of Manhattan Island to Harlem, once a dangerous no go area for visitors, but now something of a historical centre. Take a Harlem One Stop – Harlem Walking Tour and see the historic neighbourhood of Sugar Hill, visit some of the legendary gospel churches of the area and pay a visit to the Apollo Theater, where the weekly Amateur Night was responsible for uncovering the talents of the likes of Ella Fitzgerald, James Brown and Billie Holiday. For dinner it has to be soul food, so make your way to the legendary Sylvia’s on Lenox Avenue and West 126th for classic fried chicken and corn bread, and then spend the evening at one of the famous jazz spots such as The Lenox Lounge.

Start your fourth day in the city with a trip to Central Park. Head to Le Pain Quotidian just north of Sheep Meadow and grab a coffee and a croissant to eat whilst you wander through the green meadows, gardens, water features and cherry blossom trees. Sign up for the On Location Tours – Central Park Movie Tour and see the bandshell from Breakfast at Tiffany’s, the ice skating rink from Love Story and the location of the cast of Glee’s rendition of I love New York. If you’re feeling adventurous then take a trip to the Central Park Zoo & Wildlife Center and see the king penguins and polar bears.

Leave Central Park at the zoo and head south on Sixth Avenue until you come to the Empire State Building at East 34th Street. Lunch on rib eye sliders, lobster salad tartlet and cocktail franks in a blanket in the opulent and timeless Empire Room and then take a trip up to the 102nd floor of the world’s most iconic skyscraper for a birdseye view of the city. A 20 minute walk south on Fifth Avenue will take you to Radio City Music Hall, the largest indoor theatre in the world and the ‘showplace of the nation’ – take the Radio City Music Hall Stage Door Tour for fascinating behind the scenes access. Walk south down Sixth Avenue and then west along West 47th Street and see the sun set behind the flashing neon of Times Square before finishing the evening with dinner at The View (New York’s only revolving rooftop restaurant). 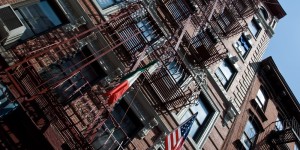 On your last day in New York, take the subway out to Brooklyn for a legendary Brooklyn brunch at The Spot and spend the morning exploring location attractions such as the Brooklyn Museum and Brooklyn Botanic Garden. Pick up a bright green cupcake from the Ladybird Bakery and then finish your morning with the Brooklyn Bridge and DUMBO Neighborhood Tour. Take the subway back to Manhattan and jump off at Astor Place and head to Ippudo NY for some of the best Japanese Ramen you will find in the city – soup noodles topped with meat and vegetables (the Tori Ramen is the best).

After lunch explore the Merchant’s House Museum – the only perfectly preserved 19th century house in the city and take a walk down the Bowery, which was New York’s Skid Row from the 1940s through to the 1970s. Head south on Chrystie Street past Sara D Roosevelt Park then west on Grand Street and you will come to Little Italy – to see the still beating heart of this area look for the blocks around Mulberry Street. Indulge in one of the area’s famous sandwiches packed with meats and Italian cheese at the Italian Food Center for dinner and then make for the Mulberry Project where behind an unmarked red door you will find an old school speakeasy where the cocktails are strong and the atmosphere is lively – the perfect way to end your stay in New York.

Enter your details below to find out which New York visitor pass would be cheapest for this itinerary. The recommended pass will depend on the ages of those going and whether they are students or seniors. Sometimes it will work out cheaper to just buy individual tickets for each attraction, and if that is the case then that is what will be recommended.